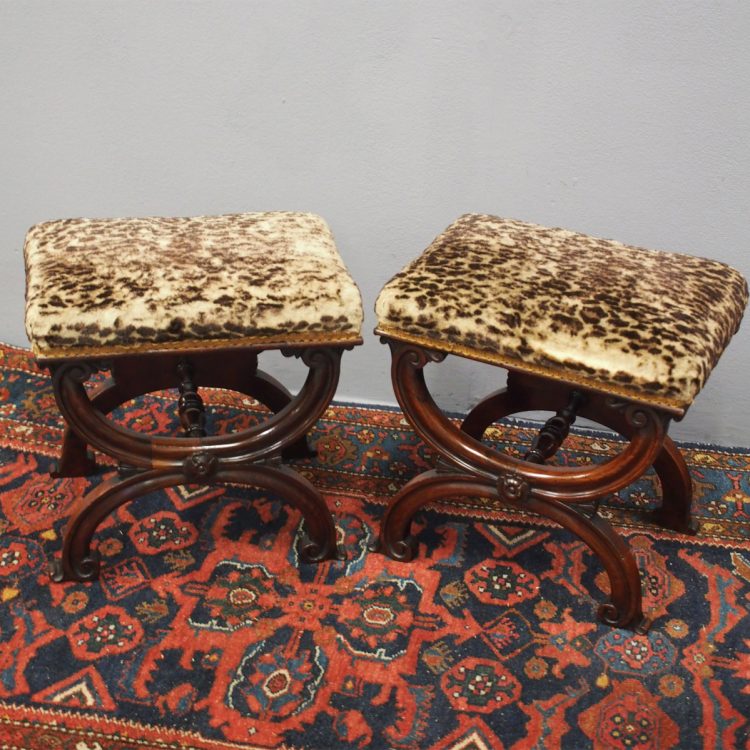 Antique stools may seem a common feature in homes today, but their history goes a lot further back than you may think!

A stool is simply defined by the Oxford English Dictionary as a seat without a back or arms, raised from the ground on a series of legs. With ancient origins dating back to the Egyptians and early Greeks and Romans, they originally had either a folding frame with a fabric or skin seat, or a fixed frame with a solid seat in various materials. 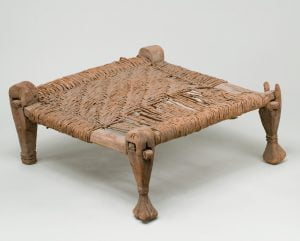 This exceptional Egyptian example dates from c. 1991-1450 BC and was excavated by Lord Carnarvon and Howard Carter at Dira Abu el-Naga between 1907-1914. It is now in the Metropolitan Museum of Art Collection, New York. It also shows how stools have not greatly changed over time.

We still see similar features on stools today, although much more refined! This set of three Orkney stools also has a woven seat with a classic, simple frame. They also benefit from having stretchers connecting the legs, for extra stability. 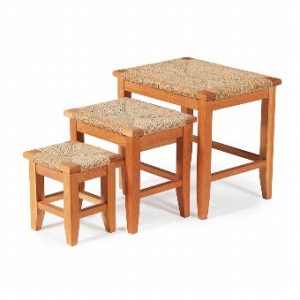 Stools with upholstered or stuffed seats became popularised by the late seventeenth century, coinciding with the production of standard joint stools (which were small rectangular stools with legs joined with stretchers).

Eighteenth century books including Robert Manwaring’s Cabinet and Chair-Maker’s Real Friend and Companion (circa 1765) even detail how certain stools were specifically designed for women with ‘ladies dressing stools’ to accompany ‘ladies dressing chairs’. 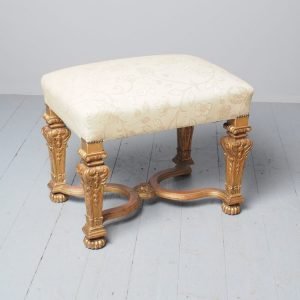 Other stools were also designed for certain activities including music or piano stools, duet stools, footstools and barstools. We always have a large selection of these in our warehouse, and whilst we have several recently re-upholstered in quality leathers and fabrics, we can also provide quotes if you wish to have them upholstered in a material of your choice.