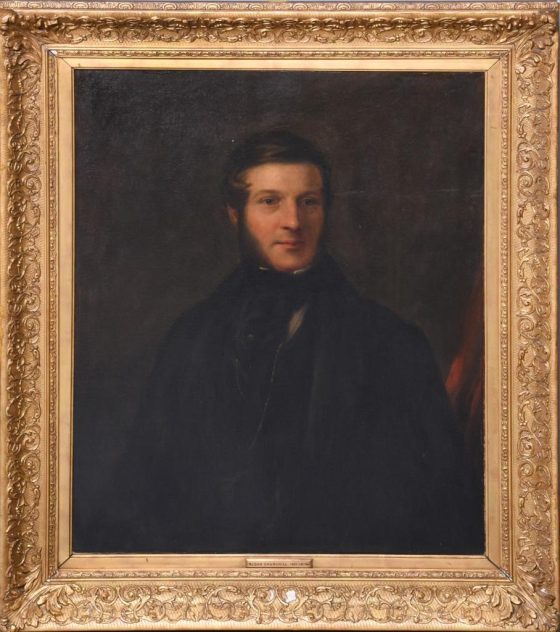 Victorian oil on canvas in a carved gilded frame, artist unknown. The portrait depicts Mr John Churchill, who was born in 1801 and after a period working for Longman, started a publishing company that eventually bore the name of ’J & A Churchill’, in the 1820s. His London based publishing has produced some of the best-known medical textbooks in the middle part of the 19th century. It was bought by Bracken House Publications and later part of Pearson PLC around 1960 and together with ENS Livingston became the medical division of the education publisher. Portrait and frame in good condition.