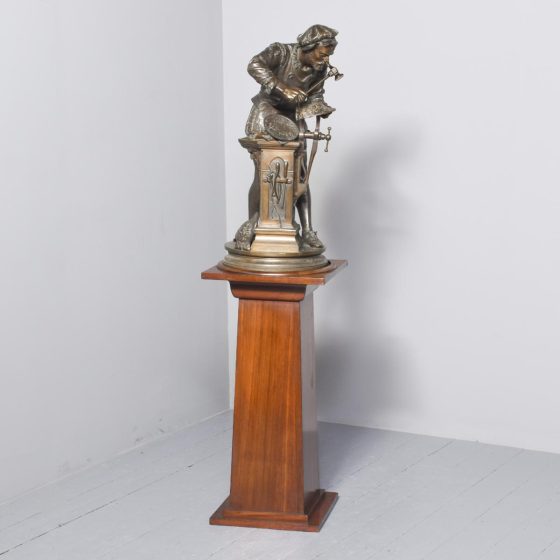 Circa 1870. A large bronze signed ‘A Gaudez’. The large well cast bronze depicts an armour maker, shows the craftsman at a vice holding hammer and beating a pattern onto a helmet. To his left, a small but well decorated shield, other tools and parts of helmets are hung about the vice and on the floor beside. Resting on a circular platform base which revolves on the plinth beneath.

Signed; A. Gaudez. Adrien Étienne Gaudez (2 February 1845 – 23 January 1902) was a French sculptor who worked in the 19th century. He produced several monumental figures that were cast in bronze. Gaudez studied sculpture under the tutelage of Francois Jouffroy at the École des Beaux-Arts and in 1870 was a prisoner of war during the Franco-Prussian War.